Speculation on China’s economy is at its highest, with global think tanks predicting (within reason) a slowing down of growth. Yet, China’s track record of progress suggests slow(er) growth will not delay the country’s progress. By MARCUS WOLFENDALE

Aweakening Chinese yuan and a shrinking money supply are the key factors causing China’s economic challenges in 2016-2017. According to research China’s factories are producing goods that haven’t been sold. Financial market volatility may reflect overestimated needs that have led to underutilized resources. Apartment towers remain unoccupied. The recently approved 2016 economic plan seeks to address these issues.

At the Central Economic Work Conference, the potential for stagnant growth was a reoccurring discussion topic at the meeting of the country’s top economists. The country’s growth depends on the success of China’s 2016 plan.

Previously, debt and investment fueled China’s expanding economy. Chinese leaders know that future growth cannot rely on debt and investment alone, and spending measures will not be a part of the plan to fuel the economy. Tampering with the country’s interest rate could harm the economy further. Measures to decrease the housing supply could negatively impact China’s financial market and industry sector. High levels of debt have harmed economic output.

The country seeks to double gross domestic product by 2020 from 2010’s figures. China’s budget deficit is expected to expand in 2016. The National Bureau of Statistics reported that factory output was 5.6% from October 2014 to October 2015, lower than what was previously projected. Property investment has remained relatively low, which has affected overall growth.

The National Bureau of Statistics reported that factory output was 5.6% from October 2014 to October 2015, lower than what was previously projected. Property investment has remained relatively low, which has affected overall growth.

An overabundance of homes has contributed to deflationary pressures in China, and leaders plan to reduce the supply of homes in 2016. A strong U.S. dollar in 2016 will add to deflationary pressure in China. China’s 2016 growth rate is projected at 6.5%. Stagnating growth rates may trigger deflation; the yuan may not gain enough strength in 2017 to prevent deflation. Government policies aim to increase aggregate demand. The Chinese government requires growth of at least 6.5% for five years to achieve structural goals, say think tanks. 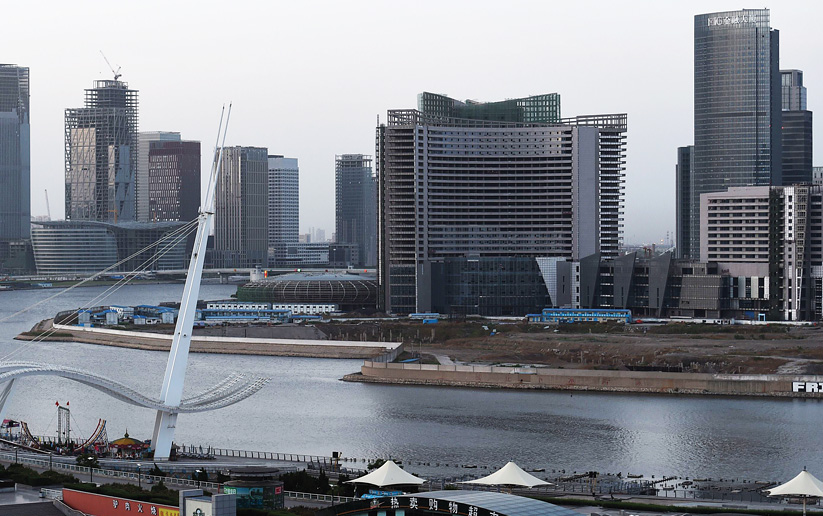 A survey by CPA Australia found that 13.2% of companies generating revenue in China expected a decrease in revenue for 2016 of 2% to 29%, and 1.5% expected a decrease of 30% or more. The same poll named rising costs, falling demand from key markets and slowing domestic consumption as the main economic challenges for China’s economy in 2017. Going forward, the government plans to cut taxes to reduce company liabilities.

A strengthening U.S. dollar causes loan payments to go up for Chinese companies that have loans in U.S. currency. High leverage has contributed to the defaulted loan issue.

Overexposure to the U.S. dollar has contributed to high capital outflows in China. Bloomberg estimates that $500 billion left China from September 2015 to December 2015. Capital outflow difficulties have occurred partially due to competition between banks on deposit rates. The greatest risks companies face are a slowing domestic economy, increasing competition, and rising operation and labor costs. CPA Australia’s poll showed 45.3% of responders expect an increase of 2% to 29% in capital expenditures, with 4.4% projecting an increase of 30% or more. In 2016 and beyond, leaders expect modest growth after the economy’s slowdown. Beijing’s growth target was 7% for 2015. What this means for an ambitious China is anyone’s guess but most agree that China is on a one-way track to progress, regardless.

The Author is a scholar from the Joint Institute of Advanced Greater China Economic Studies in New York. His views are entirely his own and do not necessarily reflect the views of the Publisher of the Mediazone Group.