It is widely held that China’s President will continue Xi Jinping’s anti-corruption legacy, be a tested foreign service veteran and have a clear vision of China’s economic future. Will China’s next president be LI YUANCHAO?

Remarks by Vice-President Li Yuanchao at the Opening Ceremony of the W20 Meeting in Xi’an tell an interesting story of China’s vision of the role of women in commerce.

Politics seem to run in the blood of Li Yuanchao, the son of Li Gancheng a former vice mayor of Shanghai and generally accepted as the protégé of China’s ex-president Hu Jintao. Below is an outline of Li Yuanchao’s early life, career and future political prospects all making him one to watch as the next possible president of China.

Qualified for the Job

Yuanchao was born in 1950 in Lianshui County, Jiangsu Province and joined the CCP in 1978. Yuanchao studied mathematics at Shanghai Normal University, was a teacher, and later involved in education management at various institutions throughout Shanghai. Some of Yuanchao’s other academic achievements also include; a master’s degree in economic management from Beijing University, a PHD in law from the Central Party School and training at the Kennedy School of Government at Harvard University.

Yuanchao was elected to be the Vice President in March 2013. Although the office is largely ceremonial in nature, Yuanchao has played a major role in CCP foreign affairs policy being one of the highest-ranking Chinese officials at Nelson Mandela’s funeral. Yuanchao is also a major proponent of president Xi Jinping’s policies to deal with official corruption. With such a varied career and top political pedigree Yuanchao is certainly not one to be overlooked as a possible candidate for the presidency.

“Distinguished Ministers, Guests, Ladies and Gentlemen. Today, women representatives of G20 members and relevant international organizations gather in China’s historical capital of Xi’an for the W20 Meeting. I would like to extend, on behalf of Chinese President Xi Jinping and the Chinese government, warm congratulations to the W20 Meeting and a warm welcome to all the participants. China holds the G20 presidency in 2016. President Xi Jinping attaches great importance to the W20 Meeting. He hopes that all parties build consensus for positive outcomes and make contribution to the success of G20 Hangzhou Summit and the invigoration of the world economy.

The G20 is an important mechanism of global economic governance and an important platform for international economic cooperation. The success of the G20 summit 2016 is crucial for global economic recovery and growth. As women are important participants, contributors and beneficiaries of the world economic development, the theme of this year’s W20 – “Equal Participation and Innovative Development” carries great significance.

Last September at the Global Leaders’ Meeting on Gender Equality and Women’s Empowerment, with a view to carrying forward the spirit of the World Women’s Conference in Beijing, Chinese President Xi Jinping chaired the meeting and made an important speech, calling for women’s development in tandem with social and economic development, protecting women’s rights and interests and fostering a global environment favorable for women’s development. The four points embody the global consensus on women’s equal participation and gains broad recognition by the international community. We should work together to translate the initiative into reality and consensus into deliverables and promote common progress of women in the world and innovative development of the global economy.

First, efforts should be made to promote women’s entrepreneurship, employment and equal participation in the development process. Women hold up “half of the sky” of human society. Women’s businesses and employment is a key driving force behind innovative development. In recent years, the level of women’s participation in economic development has been on the rise, but women still face many challenges in opening their own businesses and finding jobs, and there is a lacking of social recognition for women’s potential, talent and contribution. According to the World Bank reports, elimination of all forms of discrimination against women workers and managers will raise per capita productivity by 40%. It is all the more important to pool women’s wisdom and strength at a time when the global economic recovery remains fragile.

As the Chinese economy moves into a New Normal, efforts are made to encourage mass innovation and entrepreneurship and women are essential in this endeavor. To support women entrepreneurship, the government and women’s organizations have worked with financial institutions to issue a total of over 290 billion yuan of government subsidized micro-credit to women. Handicraft industry with women characteristics has developed quickly in Sichuan Province. For 7 years, it has helped 230,000 women get flexible employment to work from home, with an annual output value of 4.6 billion yuan. Women have unique strengths in the internet economy and currently account for 55% of the entrepreneurs in this sector. Internet Sister in Jilin, an e-commerce start-up project, provides skills training and helps open online shops free of charge for women wishing to run businesses on the internet and has created nearly 3000 online shops so far. Women are major forces behind technological innovation. 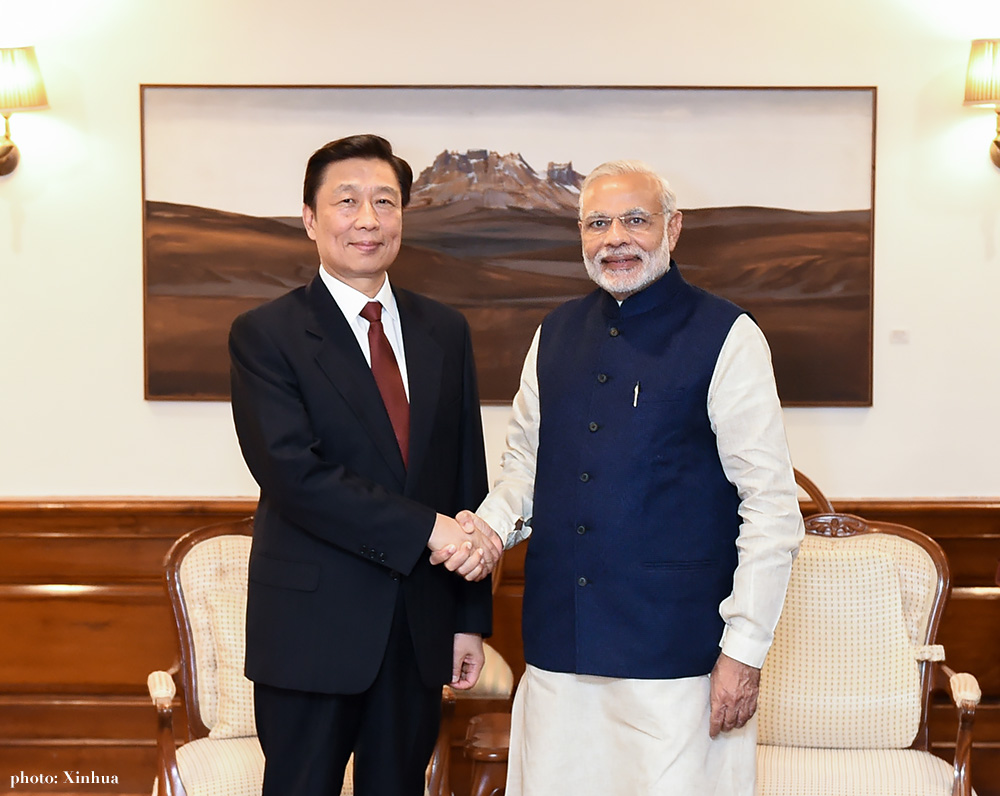 In China 40% of scientists and technicians are women. An increasing number of women are entering the technology and knowledge intensive industries, and women take up over half of university enrollment. Tapping the full potential of women is an important feature of a modernized human society. Countries should adopt proper development strategies in accordance with their national conditions and women’s situations, promote women’s equal participation in development process with innovative policies and encourage more women to add impetus and make contribution to economic growth.

Second, it is important to give play to the unique role of women and promote their equal participation in social management. UN Secretary-general Ban Ki-moon stated that better results will be produced with women’s participation no matter in which field. To achieve gender equality and empower all women and girls has been included into the UN’s 2030 Agenda for Sustainable Development as a main goal. Countries should strengthen women’s capacity building, raise their abilities to participate in political, economic and social activities and in decision-making and management, and foster more women leaders in the political, business and academic communities. Families are basic cells of society and places where women seek happiness and women are often the decisive figures in making their families happy. In recent years, Chinese women’s federations at all levels have launched the “Most Beautiful Family” Campaign. The campaign has received 250 million votes and over 3 million families have been awarded the title of the “happiest family”, thus making unique contributions to family happiness and social harmony and inclusiveness.

Third, women’s rights and interests should be vigorously protected to ensure they have equal share of development benefits. Economic development does not necessarily bring improvement of women’s status and development levels. Women and children bear the brunt of war and diseases. In this world more women are poor or illiterate, than men. There will be no development without women’s participation and women are entitled to share development benefits. Countries should actively foster a gender culture of inclusiveness and equality, break away with obsolete perceptions, rules and traditions that discriminate against women; ensure women’s equal access to public services, including education, healthcare, pensions and social security; improve legal systems and policy support that uphold women’s interests and ensure women’s equal access to development opportunities and resources. Poor, disabled and elderly women and other vulnerable women groups require more attention, so that women’s development and life will be supported with full-fledged social policies.

China now enjoys steady economic growth. In 2015 its GDP registered a mid-to-high growth rate of 6.9% and its contribution to the global economic growth was over 25%. In the first quarter this year, the GDP growth was 6.7% year-on-year, better than expected. China is implementing the 13th Five-Year-Plan and realizing the concept of innovative, coordinated, green, open and inclusive development, pushing through the supply-side structural reform and nurturing new growth drivers. The long-term trajectory of the Chinese economy remains sound.

China’s development provides many opportunities for the development of Chinese women. China will fully implement the basic state policy of equality between men and women, and support women in their efforts to fully tap their talents and make accomplishments. We will vigorously enforce the Law on the Protection of Women’s Interests and Rights, the Law against Domestic Violence and other laws and regulations, and ensure women’s equal access to education and employment. We will foster a social and cultural environment for gender equality, advocate for a family culture of equality and harmony and create favorable conditions for women’s all-round development.

China actively implements international conventions on gender equality and women’s development, conducts broad multilateral and bilateral exchanges and cooperation in the field of women’s affairs and strengthens friendly engagements with women’s organizations of all other countries. Last year, the Chinese government announced its donation to the UN Women, and conducting the “health projects for women and children” and the “happy campus projects” and training of women professionals for other developing countries. Work in these fields has made steady progress. China is ready to work with all other countries to meet the goals on women’s advancement set in the 2030 Agenda for Sustainable Development, make greater effort to narrow the development gap for women in all countries and promote women’s all-round development, so that each and every woman in the world will be able to realize their own dream for happiness.”