How Grace Triumphed Over Gain

Dining Concepts only looks like a chain of successful restaurants. It is and yet it is indescribably much more. Born from belief, SANDEEP SEKHRI’S time tested trust in faith kept him on course to handpick a team that would help him create and bring the best of the world to a market that demands value.

Entrepreneurs are ideas people but growing businesses takes more than just good ideas, especially if you start with nothing but ideas. Sandeep Sekhri’s tryst with faith started more than a decade back at that precise moment when life offered him a choice – conform or lead! He chose to lead. From that instant on began a saga of doubt and setback tempered as every successful entrepreneur knows) by trial, error, loss and incredible fatigue. In those dark and stormy nights, he had nothing but his will, vision and belief to cling on to while he struggled to hold course on his way to calm seas and a lasting sunshine.

Today, as Dining Concepts stands on the verge of public applause, Sekhri says it’s a fitting turning point since he never really owned the company in the first place.

“Customers own any restaurant and that’s a fact. When you create, nurture and run restaurants with the intention of creating the ‘wow’ factor with each and every customer, you achieve beyond your expectations,” says Sekhri, adding that handling this people-driven industry is no mean feat.

“You have to be an unconventional employer. You’ve got to pick and retain the right people from not just a skills and labour-versus-reward but rather with a view to understanding them as people and not as employees.”

This has worked for Dining Concepts as staff many of whom tell of tales of how the company has helped tide them over personal and professional hurdles with equal zest. Playing an all-important role in the destiny of Dining Concepts is the Group’s resolute operations director Sandip Gupta for whom no challenge seems tall enough. With Sekhri since pre-Bombay Dreams days, Gupta continues to spearhead the Group’s expansion with one sole mission – to bring to Hong Kong diners the very best the world has to offer.

As the name says it all, the Englishstyle gastropub and grill features signature British dishes with a twist, of course including Gordon Ramsay’s favourite dishes. The chef himself was present on the last weekend of its inaugural month. An all day operation, the restaurant offers nightly entertainment such as major sporting events on big screens, live bands How Grace Triumphed Over Gain DINING CONCEPTS Dining Concepts only looks like a chain of successful restaurants. It is and yet it is indescribably much more. Born from belief, SANDEEP SEKHRI’S time tested trust in faith kept him on course to handpick a team that would help him create and bring the best of the world to a market that demands value. Bridge of Trust: Operations Director Sandip Gupta with Sandeep Sekhri. and international DJs. 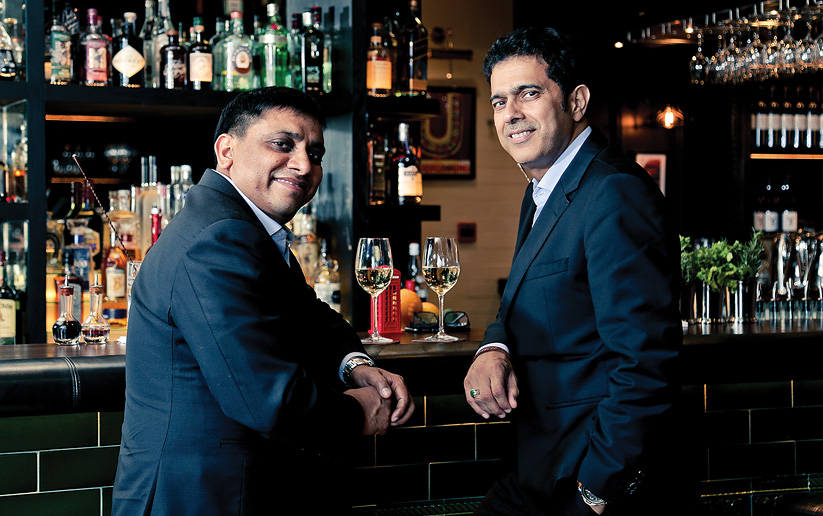 London House was conceived between January and February 2015. It took only two months upon the previous tenant’s vacancy for the two-level space to be renovated. While the modest size of its kitchen does not allow an expansive menu, the pair was pleasantly surprised with how nicely it has turned out in its early stages.

“It was actually the location that determined the concept this time around,” says Sekhri. Knowing that the particular area needed the establishment to have a drinking component, the company took inspiration from Gordon Ramsay Pub & Grill in Las Vegas. London House revenues now comprise a 60-40 split between food and drinks.

“This is one of the very rare areas in Hong Kong which has outdoor seating allowed,” says Sekhri, also listing its proximity to the sea and breathtaking view among its attributes. Another positive aspect is that there are about a dozen hotels in the neighborhood, and in close vicinity. Business travelers seeking recreation nearby often happen upon the strip, hence the need for hours reaching two in the morning, to serve the late night crowd.

Before London House, Dining Concepts launched Bread Street Kitchen & Bar in the last quarter of 2014, during the height of the infamous Umbrella Movement. The series of events surrounding the protests had put off many visitors, particularly Mainland tourists. The general backlash against Mainland Chinese, a rampant and increasingly dangerous sentiment in the city has not helped tourism, and many shop-owners all across town would agree. 2015 however, has brought its own challenges.

“In the 1st quarter, currencies started to drop in Asia, Europe, and South America. The Hong Kong dollar, being pegged to the US dollar is between 20-30% more expensive as compared to the Australian dollar, or Indonesian rupiah, Korean won, Jap yen, or Thai baht. Many currencies started to devalue early this year against the Hong Kong dollar, which made things a lot more challenging. Hong Kong is a lot more expensive to travel to today,” says Sekhri.

“The ongoing negative publicity in Mainland China about the experience or treatment of Mainlanders in Hong Kong has definitely put off a lot of people from coming,” he adds. “So, we’ve seen a significant decline in numbers. Overall tourist numbers are down – Mainland tourist numbers and business travellers.

Making things worse are significant cost increases in the last 3 years, Sekhri adds. Wages, construction costs, and commodity prices have gone up by 30-40%.

“When all the costs go up and the top line falls, the impact is a lot stronger. While the impact in 2009 was also a 20-25% drop, at that time, cost of running those operations was much lower than what it is today. SARS, we obviously knew, was not going to last forever. It lasted 4 months, and the aftereffects about 4-6 months. This time, we cannot predict when this all ends, how long and far the downward spiral will continue to be.”

While tourist numbers east and west have dwindled, the amount of local diners has not been too impressive either. “They have become a lot more cautious as well. They aren’t going out as much. When the stock market goes down, there is a ripple effect. Everybody starts to just take note of the fact that things are not that great,” says Sekhri.

Some friends in the finance industry have told him stories of cut perks and much less spending freedom. Business is down for taxi drivers as well. While sales of luxury goods such as watches and jewellery are significantly lower, the Retail Management Association has reported that even supermarkets selling basic food items are at a decline.

Faith in the Future

Although highly discouraging, Sandeep maintains a belief in the city’s resilience. “You know I’ve been in Hong Kong 25 years, I’ve seen five of these cycles. You just have to hold yourself firm and weather storm. You have to stick to your basics, look after the guests who walk into your restaurant, keep your costs in check and before you know it, it will be good times again. Hong Kong bounces back very quickly.”

This however entails some adjustment. “We’ve become a lot more cautious of what’s going on around us,” says Sekhri. “We try not to be too extravagant and take too many risks, but we are still doing new openings and launching more projects. We are definitely able to negotiate slightly better with our landlords today than we were last year. We have seen a softness in terms of landlords’ hold on properties. It has definitely helped.

“The great thing about the restaurant business is that people still have to go out and eat. Hong Kong people love to experience new things. There’s always a silver lining with each type of business. Each industry has its own peculiarity.”

Dining Concepts has been growing consistently. In addition to London House, the first of the famous Belgian café chain Le Pain Quotidien’s three Hong Kong locations is nearing its launch date. Dining Concepts is looking at opening new offerings under the name of celebrity chef Gordon Ramsey in the very near future.

Throughout this, the company is in the process of consolidating some of its older establishments. “There is a finite lifespan for every concept or location,” says Sekhri. “It can’t just go on forever; there are very few concepts that are timeless. We have squeezed the most out of those locations for the last 10 to 12 years. SoHo for example was great until five years ago, but it has been on a steady decline. You have to keep evolving with the market, and make a commercial decision. That is the key in what we do: moving with the times.

“There are more neighborhood areas which have come up. I think restaurants “Understanding people goes way beyond just the cooking and serving of people. Growing such a business brings its moments of doubt during which I reach within myself for the answers.” in Kennedy Town are amazing. There are several which are really good, and do extremely well,” says Sekhri.

Sai Ying Pun and Sheung Wan have also emerged as choice locales, largely due to the accessibility brought about by recent MTR extension into Hong Kong’s Western District, and as people move in, good brands rise. Central in contrast has been outpricing itself; it is hardly regard – ed as tenant-friendly.

Sekhri and Gupta constantly explore opportunities, ready to capitalize when – ever the right one comes up. With about a number of new openings on the horizon, the company has a lot on its plate. The key to all our plans is the mutual loy – alty we share with our team at Dining concepts, says Gupta. “Our expansion and growth are directly proportional to our investment in our team. At Dining Concepts employee empowerment, training and staff nurturing are central to our core belief. The love and understand – ing we offer our staff is eventually passed on to the customer. If we have a success formula, this is it.”

“We became a certain size that in order to expand further, we needed to be more structured. The process of listing, what it brings to the table is that you become more structured, you are very transparent, having to conduct yourself with all compliance, and the next steps become a lot clearer. If you want to take on an institutional investor or double your size, it’s hard to remain as a private or small-sized company. Being public definitely helps you in terms of visibility, structure, growth, and expansion.”

Sandeep Sekhri remains firm in his belief in Hong Kong as the world’s most entrepreneur-friendly city and has much confidence in its future. As it passes through temporary phases of consoli – dation and correction, most businesses bounce back, long as they stay true to their cause. “We are committed to what we do, and just need to move with the times, make sure that we stay afloat and keep our core team together as it’s the people that make or break the business, as we look forward to 2016.”

Entrepreneurs have long sought the elusive secret ingredient for business success. Sandeep Sekhri and Sandip Gupta have perfected this recipe several times, which on no occasion is ever the same. 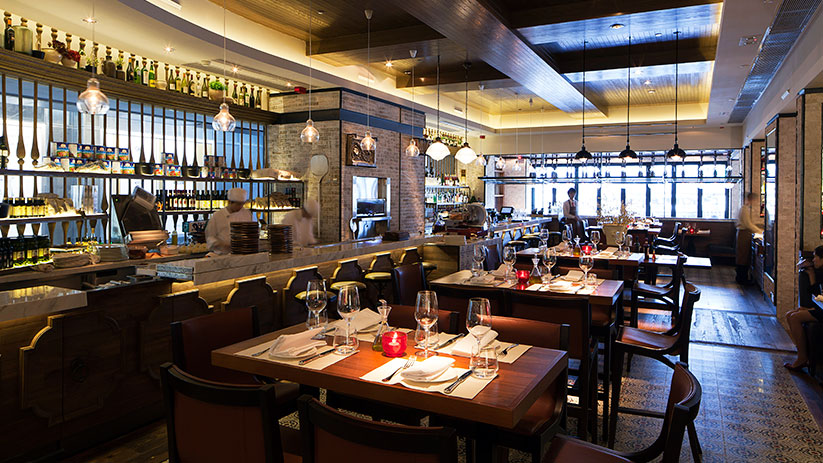 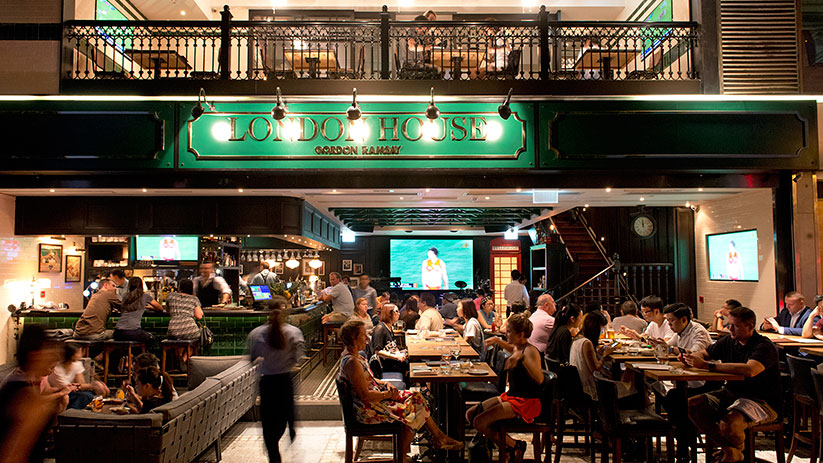 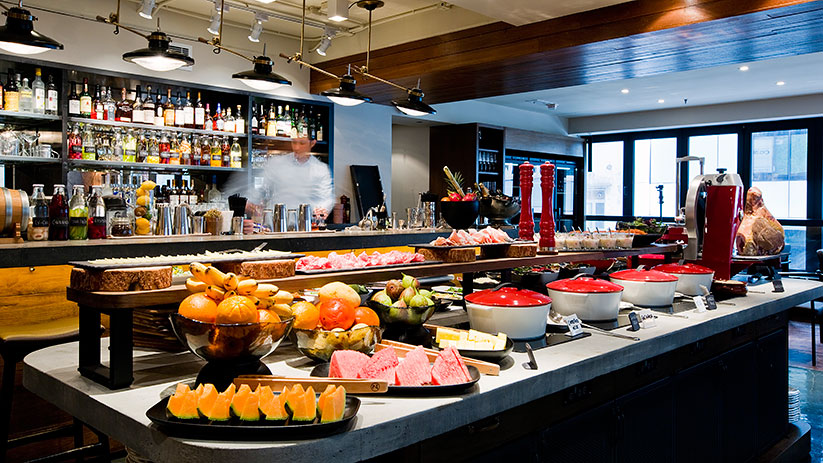 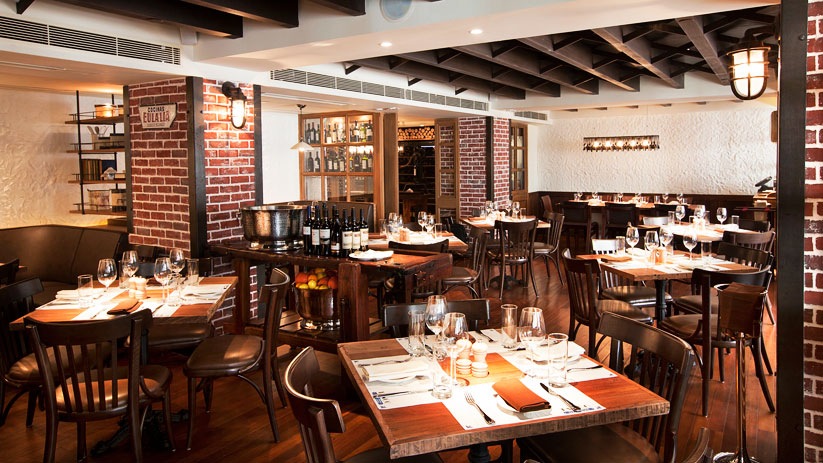