The ‘common’ world has only just woken up to what the banks knew of and used years ago. What does the future hold for you and me?

A cryptocurrency is a digital currency created and managed through the use of advanced encryption techniques known as cryptography.

Cryptocurrency made the leap from being an academic concept to (virtual) reality with the creation of Bitcoin in 2009. While Bitcoin attracted a growing following in subsequent years, it captured significant investor and media attention in April 2013 when it peaked at a record $266 per bitcoin after surging 10-fold in the preceding two months.

Bitcoin sported a market value of over $2 billion at its peak, but a 50% plunge shortly thereafter sparked a raging debate about the future of cryptocurrencies in general and Bitcoin in particular.

So, will these alternative currencies eventually supplant conventional currencies and become as ubiquitous as dollars and euros someday? Or are cryptocurrencies a passing fad that will flame out before long? The answer lies with Bitcoin. 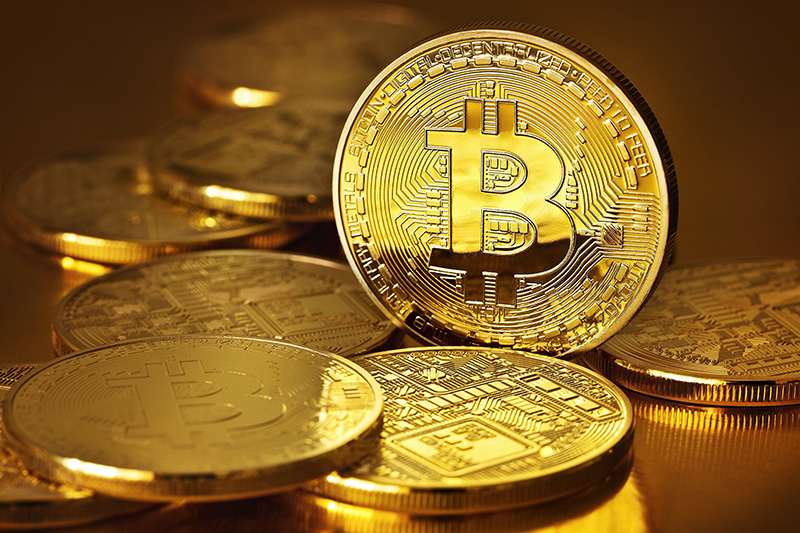 Bitcoin is a decentralized currency that uses peer-to-peer technology, which enables all functions such as currency issuance, transaction processing and verification to be carried out collectively by the network. While this decentralization renders Bitcoin free from government manipulation or interference, the flipside is that there is no central authority to ensure that things run smoothly or to back the value of a Bitcoin.

Bitcoins are created digitally through a “mining” process that requires powerful computers to solve complex algorithms and crunch numbers. They are currently created at the rate of 25 Bitcoins every 10 minutes and will be capped at 21 million, a level that is expected to be reached in 2140.

These characteristics make Bitcoin fundamentally different from a fiat currency, which is backed by the full faith and credit of its government. Fiat currency issuance is a highly centralized activity supervised by a nation’s central bank. While the bank regulates the amount of currency issued in accordance with its monetary policy objectives, there is theoretically no upper limit to the amount of such currency issuance.

In addition, local currency deposits are generally insured against bank failures by a government body. Bitcoin, on the other hand, has no such support mechanisms. The value of a Bitcoin is wholly dependent on what investors are willing to pay for it at a point in time. As well, if a Bitcoin exchange folds up, clients with Bitcoin balances have no recourse to get them back.

Bitcoin’s main benefits of decentralization and transaction anonymity have also made it a favored currency for a host of illegal activities including money laundering, drug peddling, smuggling and weapons procurement. This has attracted the attention of powerful regulatory and other government agencies such as the Financial Crimes Enforcement Network (FinCEN), the SEC, and even the FBI and Department of Homeland Security (DHS).

In March 2013, FinCEN issued rules that defined virtual currency exchanges and administrators as money service businesses, bringing them within the ambit of government regulation. In May that year, the DHS froze an account of Mt. Gox – the largest Bitcoin exchange – that was held at Wells Fargo, alleging that it broke anti-money laundering laws. And in August, New York’s Department of Financial Services issued subpoenas to 22 emerging payment companies, many of which handled Bitcoin, asking about their measures to prevent money laundering and ensure consumer protection.

Some of the limitations that cryptocurrencies presently face – such as the fact that one’s digital fortune can be erased by a computer crash, or that a virtual vault may be ransacked by a hacker – may be overcome in time through technological advances. What will be harder to surmount is the basic paradox that bedevils cryptocurrencies – the more popular they become, the more regulation and government scrutiny they are likely to attract, which erodes the fundamental premise for their existence.

Despite its recent issues, Bitcoin’s success and growing visibility since its launch has resulted in a number of companies unveiling alternative cryptocurrencies, such as:

What of The Future?

Some of the limitations that cryptocurrencies presently face – such as the fact that one’s digital fortune can be erased by a computer crash, or that a virtual vault may be ransacked by a hacker – may be overcome in time through technological advances.

What will be harder to surmount is the basic paradox that bedevils cryptocurrencies – the more popular they become, the more regulation and government scrutiny they are likely to attract, which erodes the fundamental premise for their existence.

While the number of merchants who accept cryptocurrencies has steadily increased, they are still very much in the minority. For cryptocurrencies to become more widely used, they have to first gain widespread acceptance among consumers. However, their relative complexity compared to conventional currencies will likely deter most people, except for the technologically adept.

A cryptocurrency that aspires to become part of the mainstream financial system may have to satisfy widely divergent criteria. It would need to be mathematically complex (to avoid fraud and hacker attacks) but easy for consumers to understand; decentralized but with adequate consumer safeguards and protection; and preserve user anonymity without being a conduit for tax evasion, money laundering and other nefarious activities.

Since these are formidable criteria to satisfy, is it possible that the most popular cryptocurrency in a few years’ time could have attributes that fall in between heavily-regulated fiat currencies and today’s cryptocurrencies? While that possibility looks remote, there is little doubt that as the leading cryptocurrency at present, Bitcoin’s success (or lack thereof) in dealing with the challenges it faces may determine the fortunes of other cryptocurrencies in the years ahead.

If you are considering investing in cryptocurrencies, it may be best to treat your “investment” in the same way you would treat any other highly speculative venture. In other words, recognize that you run the risk of losing most of your investment, if not all of it.

A cryptocurrency has no intrinsic value apart from what a buyer is willing to pay for it at a point in time. This makes it very susceptible to huge price swings, which in turn increases the risk of loss for an investor. Bitcoin, for example, plunged from $260 to about $130 within a six-hour period on April 11, 2013. If you cannot stomach that kind of volatility, look elsewhere for investments that are better suited to you. While opinion continues to be deeply divided about the merits of Bitcoin as an investment – supporters point to its limited supply and growing usage as value drivers, while detractors see it as just another speculative bubble – this is one debate that a conservative investor would do well to avoid.

https://www.mediazone.com.hk/hkmvc/wp-content/uploads/2017/10/cropped-MZ_Logo_HKMVC_b.png 3312 890 September 29, 2018February 27, 2019 https://www.mediazone.com.hk/hkmvc/wp-content/uploads/2018/01/hkmvc18_RhomeDesignCompanyLtd-1024x768.jpg 800 600
Positioning his service concept as a household customer service company. ELVIS LEUNG has captivated his customers with his simple, yet powerful decoration ideas that have won him m...